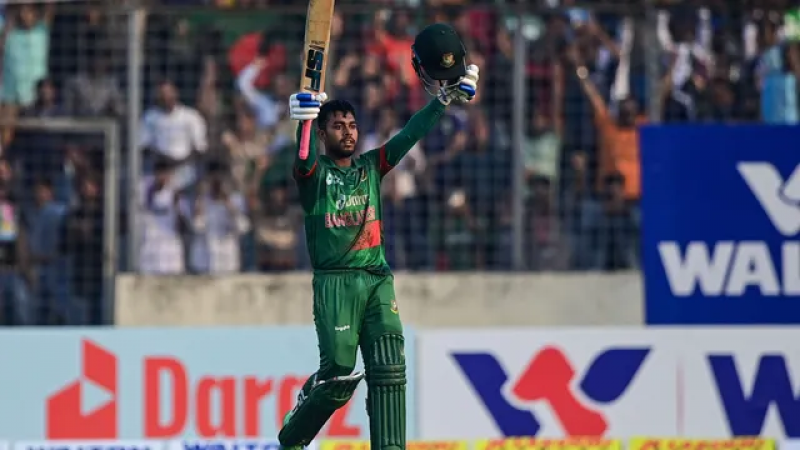 Dhaka, 7 Dec  - Mehidy Hasan Miraz, who played another heroic knock to help Bangladesh clinch the three-match ODI series against India, said the present purple patch of his career is the reward of his hard work of the last few years.

He said he focused on particular areas to rectify the mistakes in a bid to be consistent in the international circuit. Mehidy's hard work however proved to be massive as he helped Bangladesh snatch victory from the jaws of defeat for the second successive time to win the series.

In the first ODI, Mehidy held his nerve to steer Bangladesh to the unlikely one-wicket victory after staring down the deficit of 51 runs with one wicket at hand. And in the second match, he helped Bangladesh recover from a shaky 69-6 to post a commanding 271-7, smashing his maiden century.

He completed his century in the last ball of the innings and remained unbeaten on exact 100 off 83, clobbering eight fours and four sixes. The total proved to be match-winning one at the end, despite a valiant effort of injured Rohit Sharma who briefly scared Bangladesh with 28 ball-51 not out.

However despite Rohit's storm, Bangladesh ended up with 5-run victory to clinch the second successive home-series victory over India in the ODI format.

"Last few years I've worked hard and I need to focus on particular areas. The coach gives me lots of information as to how to play in international cricket," Mehidy said without elaborating much after ending the match.

He however was awarded man of the match for the consecutive second time in the series to make the things of his own.

After Bangladesh slumped to 69-6, Mehidy and Mahmudullah Riyad combined for a 148-run partnership for the second wicket stand, a partnership which threw India out of the game. Mahmudullah who was criticized for his poor form, helped him and Bangladesh with 96 ball-77 runs knock.

"He [Mahmudullah] is a senior guy and we just wanted to build a partnership. It was a great moment for me and while bowling I just tried the good areas," Mehidy said.

Bangladesh captain Liton Das also praised the partnership by Mehidy and said the duo gave them a total to win the game.

"We lost six wickets but the way Miraz and Riyad bhai played was outstanding. The wicket played well in the second half and I just changed the bowlers," Liton said.

Last time the two sides met in Bangladesh for last bilateral ODI series, Bangladesh won that by 2-1. This time Liton vowed to make it 3-0.

"Winning the series as captain - it's a dream come true. I decided that 240 would be enough in Mirpur. However we are going for winning the match [in Chattogram]."