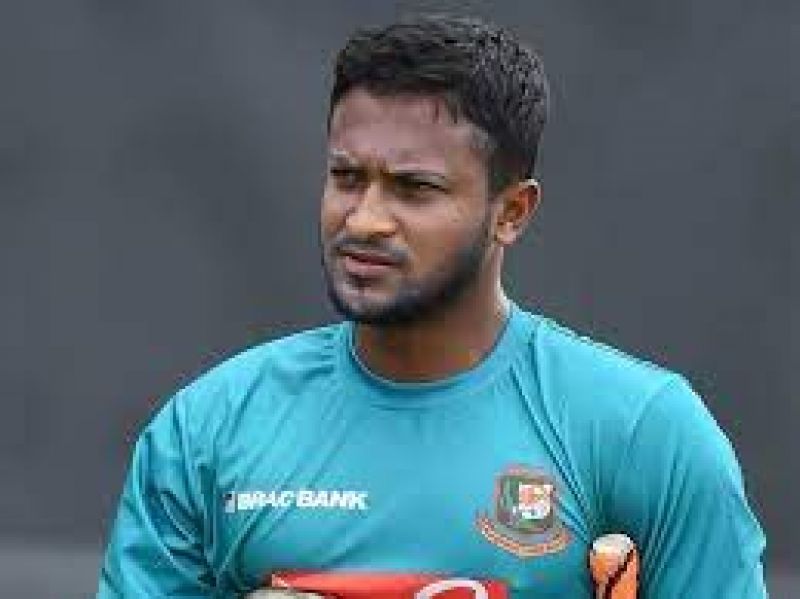 Cricket Board (BCB) to give him a break from the ODI series in South Africa so that he can come back mentally and physically fresh for the Test series in the same tour.

He was included in the both Test and ODI squad of the South Africa tour even though talks were doing round that he may not play the Test series.

Shakib said he felt him like a 'passenger' in the recently concluded
Afghanistan series in which he made 74 runs and claimed seven wickets in three ODIs and two T20Is.

"I don't think I can play so much international cricket given my mental- physical state," Shakib told the reporters on Sunday night before boarding the flight for Dubai where he will do a shooting for a TVC.
"If I get a break, if I get my interest back, I can play with more ease. I

felt like a passenger in the Afghanistan series, which is never desirable. I didn't enjoy the ODIs and T20Is. I don't think I should be on the South Africa tour with such a mentality. I want to meet everyone's expectations when I am playing. There's no guarantee of my best performance, but at least I will know that I tried my hardest for the country. I don't want to waste the time or someone's spot. Playing in this way, as a passenger, it will be like betraying or cheating my teammates and the country."

He said he informed the matter to Cricket Operations Chairman Jalal Younus, who would like to think about it for a couple of days.

"Initially I told BCB that I would be available for both of the formats but after a second thought, I think I should not do this with such a mental state. I talked to Jalal Bhai and informed him about my physical and mental state. He said he would like to think about it for two days before giving his decision," Shakib informed.

Shakib however cleared this matter also, saying that he wants the BCB to
chalk out a year-long plan for him as he just wanted to white-ball cricket
considering two World Cups (T20 and ODI) in the coming two years.

"I think at this stage of my career, I need a long-term plan. I think it is
important that we have clarity about everything. My letter to the board
didn't mention six months. I told the board that I wanted to stay out of
Tests till November 22 this year. I wanted to concentrate fully on white-ball
cricket. We have two World Cups in the next two years," he remarked.

"I didn't want to leave Tests totally, but because we are finding a bit of
balance in the Test side, I felt that if I focus on white-ball, considering
my age and physical fitness, I could have done better in ODIs and T20Is. I
think it is better if I know the long-term plan for me. There's no point
thinking series-by-series."

Bangladesh will leave the country for South Africa on March 12. They will
play three ODIs on March 18, 20 and 23, which are part of ICC ODI Super
League as well as two Tests.