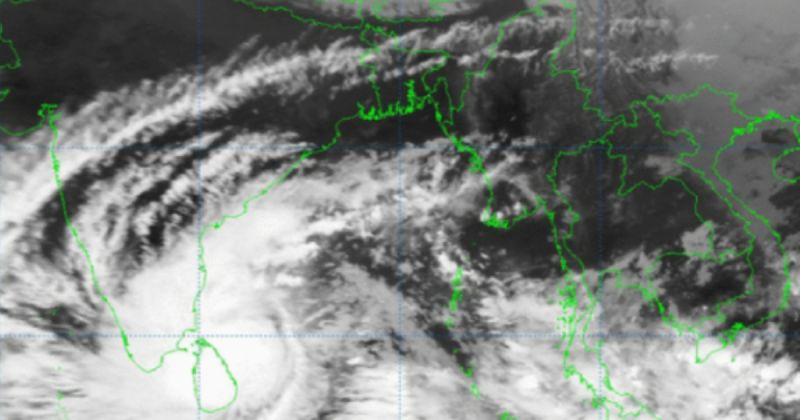 Cyclonic storm ‘Mandous’ over the Bay of Bengal

The maritime ports of Chittagong, Cox’s Bazar, Mongla and Payra have been advised to keep hoisted distant warning signal no two, said a special weather bulletin.

All fishing boats and trawlers over North Bay and deep sea have been advised to come close to the coast and proceed with caution. They were also advised not to venture in the deep sea.

Maximum sustained wind speed within 54 kms of the cyclone centre is about 62 kph rising to 88kph in gusts or squalls.  Sea will remain very rough near the eye of the cyclone.

However, according to latest bulletin of Bangladesh Meteorological Department (BMD) the wind speed at Dhaka is 8-12 kph directed North/North-easterly and the weather may remain mainly dry with partly cloudy sky over the country. - UNB