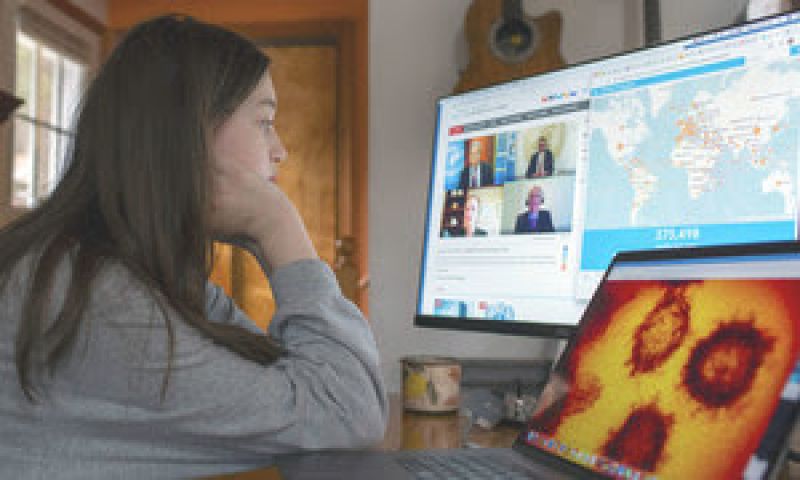 Dhaka, Mar 8 -- The global death toll from Covid-19 has now crossed six million, with the pandemic entering into its third year.

According to Johns Hopkins University (JHU), the total case count mounted to 447,602,602 while the death toll from the virus reached 6,006,508 Tuesday morning.

Despite vaccine availability, the United States is nearing one million reported deaths on its own, the biggest official death toll in the world, reports AP.

Besides, 108 deaths due to the pandemic since Sunday morning took the total death toll to 515,241.

Meanwhile, Brazil, which has been experiencing a new wave of cases since January last year, registered 29,077,831 cases as of Tuesday, while its Covid death toll rose to 652,648.

Global vaccine disparity continues, with only 6.95% of people in low-income countries fully vaccinated, compared to more than 73% in high-income nations, according to Our World in Data.

The daily positivity rate slightly decreased to 2.18 per cent from Sunday’s 2.63 per after testing 20,009 samples during the period, according to the Directorate General of Health Services (DGHS).

Of the 52 deaths recorded from February 28 to March 6, some 40.4 per cent received Covid vaccines while 59.6 per cent did not, the DGHS said.

Among the new deceased, three were men and one was a woman.

Three of the deaths were reported from Dhaka division while one from Sylhet division.

Meanwhile, the mortality rate remained unchanged at 1.49 per cent.