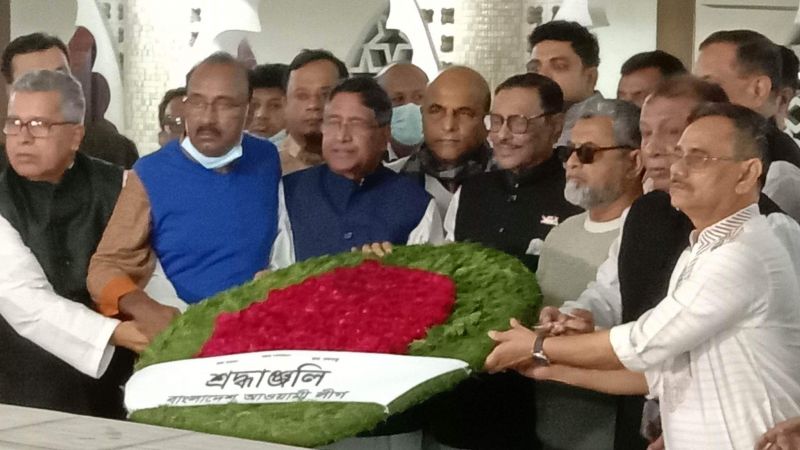 Dhaka, Dec 5 - Awami League General Secretary and Bridges Minister Obaidul Quader said on Monday that people are afraid of BNP's rally as the party is the sponsor of militancy and communalism.

He made the remark after paying tribute to the leader when he visited the grave on the occasion of the 59th death anniversary of Hossain Shaheed Suhrawardy on Monday.

BNP wants to hold its public rally in Dhaka’s Nayapaltan on December 10. But the government has given BNP permission to hold the rally at Suhrawardy Udyan.

They will not be exempted if they cause disorder in the name of rally, he said.

Quader said that under BNP’s rule elections were farce and Awami League activists were not allowed to stay at home with false cases.

He said that obstacles have been created step by step in the development of democracy in Bangladesh. After Bangabandhu's daughter Sheikh Hasina returned home in 1981, Shaheed Suhrawardy started fighting for democracy.

"He traveled all over the country and campaigned for the values of the liberation war, for the ideal of liberation war and for democracy. He united the people and freed the shackles of democracy.

Terming Hossain Suhrawardy as the son of democracy, the minister said that there is a mystery about the death of Suhrawardy.

“We still do not know whether there is any conspiracy behind it or not,” he said.  - UNB