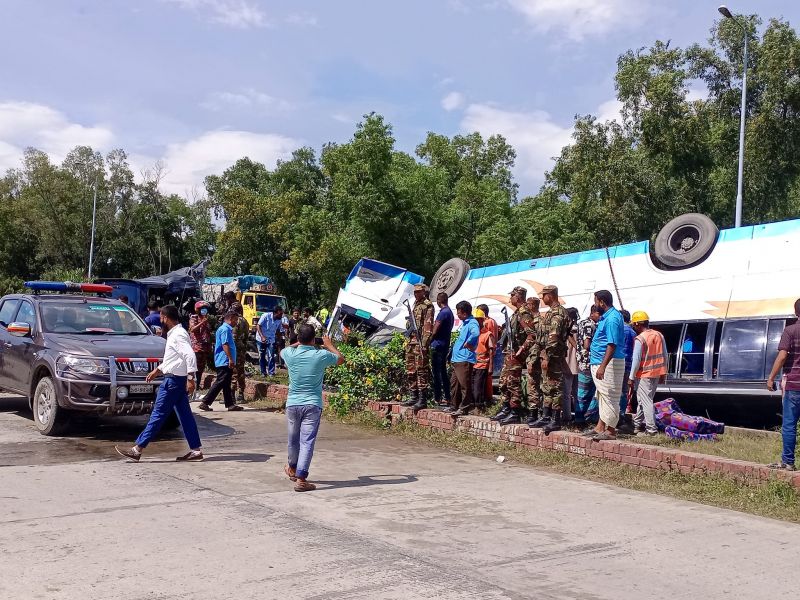 Tangail, Oct 6 - Six people were killed and 35 others injured when a bus crashed into a microbus in Bangabandhu Bridge East Golchattar area of Bhuapur upazila in Tangail district on Thursday.

The accident occurred at 12:30 pm in the area when the Dhaka-bound ‘Ekata Paribahan’ bus from Chapainawabganj hit the microbus and then overturned, leaving microbus driver and passengers dead on the spot, said Rafiqul Islam, safety in-charge of Bangabandhu Bridge authority.

The injured were taken to Tangail General Hospital and other local hospitals.

Tangail Deputy Commissioner Ataul Goni said a four-member probe body has been formed in this regard and has been asked to submit a report in the next seven days. - UNB