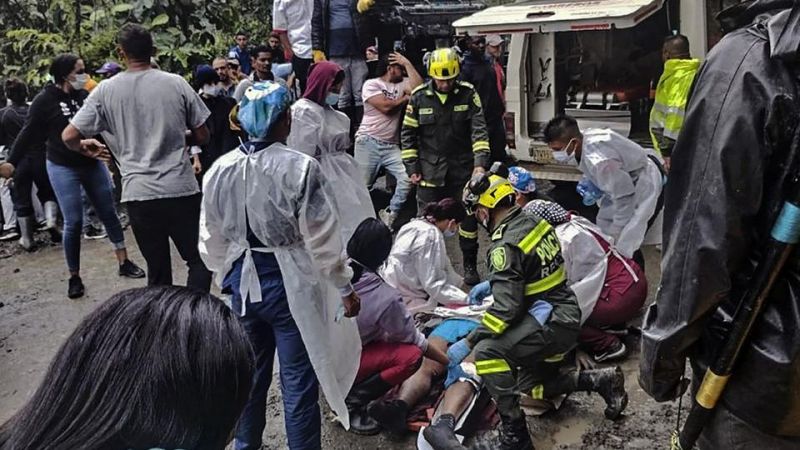 The death toll climbed to 33 from a landslide that buried vehicles along a highway in Colombia over the weekend, Colombian Interior Minister Alfonso Prada said Monday.

"We have identified 33 deceased people, including three minors. We have rescued nine people alive, four of them are currently in critical condition," Prada said.

Personnel from Colombia's Risk Management Unit, and the Transit and Transportation Directorate of the Transportation Ministry, as well as the police department and the military, rushed to rescue, he said.

In the wake of the landslide, authorities plan to declare a nationwide maximum alert to prepare for weather-related disasters amid a cold wave that is expected to continue for several more months, said Prada.

Colombian President Gustavo Petro has ordered a National Unified Command Post to be installed in the capital Bogota by Tuesday at the latest to determine the state of the roadways under adverse weather conditions, he said.

Risaralda Governor Victor Manuel Tamayo told reporters the highway where the accident occurred is in poor condition, complicating efforts to find survivors and retrieve the bodies of the victims, reports UNB.