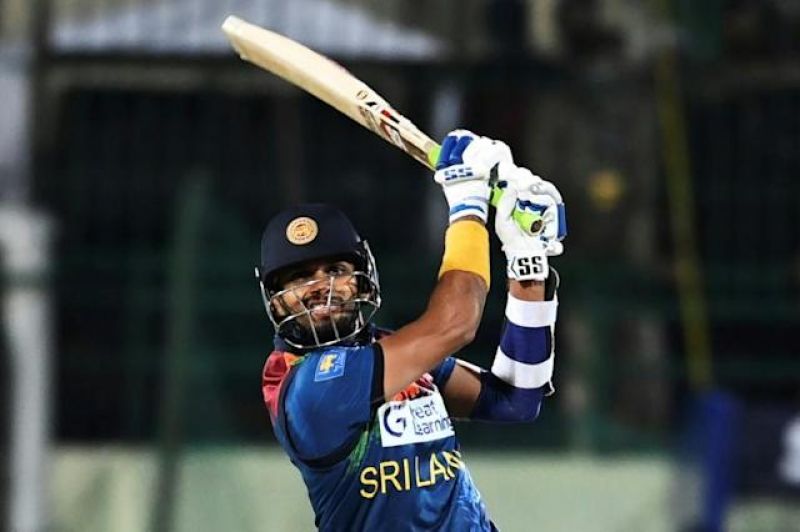 Dharamsala, India, 26 Feb - Opener Pathum Nissanka and an explosive Dasun Shanaka put on an attacking stand to guide Sri Lanka to 183 for five against India in their second Twenty20 international on Saturday.

Sri Lanka were in trouble at 102-4 after being put into bat when Nissanka, who made 75, and captain Shanaka, who hit an unbeaten 47 off 19 balls, gave the team a competitive total in the Himalayan hill town of Dharamsala.

The pair put on 58 in 26 deliveries as Sri Lanka got 72 runs from the final four overs and Shanaka finished off the innings with his fifth six.

Sri Lankan openers started cautiously as they managed 15 runs from the first four overs before Nissanka and Danushka Gunathilka, who made 38, took on the bowlers with boundaries.

The left-right batting pair of Gunathilaka and Nissanka put on 67 runs in 52 deliveries, prompting skipper Rohit Sharma to rotate his bowling options.

Gunathilaka smashed Ravindra Jadeja for two sixes and a four on successive balls but the left-arm spinner got his revenge on the fourth to send the batsman back in the dugout.

Yuzvendra Chahal struck from the other end with his leg-spin to trap Charith Asalanka lbw for two and the batsman wasted an umpire review.

The Sri Lanka, who lost the first of the three matches, kept losing wickets as Dinesh Chandimal fell to fast bowler Jasprit Bumrah.

But Nissanka stood firm to raise his fifty in 43 balls and found company in Shanaka to take on the Indian bowlers with five fours and three sixes between them.

Nissanka, who hit 11 boundaries in his 53-ball knock, finally fell to fast bowler Bhuvneshwar Kumar but Shanaka finished with a flourish.