Fire breaks out at Uttara slum, 6 units working to douse 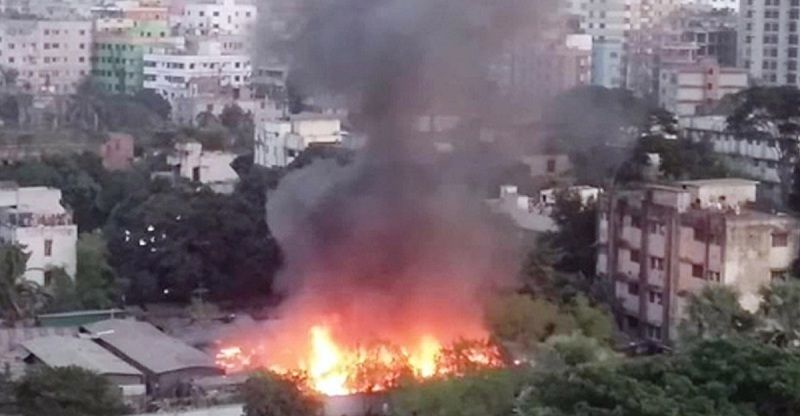 Fire broke out at a slum at Sector 8 in Uttara of the capital on Saturday.

Fire broke out at a slum at Sector 8 in Uttara of the capital on Saturday (November 19, 2022) afternoon.

Receiving information, six fire fighting units rushed to the spot and trying to bring the inferno under control.

Confirming about the authenticity of the incident of fire, Shahadat Hossain, duty officer of Fire Service Civil Defence headquarters, told the Daily Observer Online that their six units rushed to the spot hearing about the fire which broke out at a slum adjacent to Sonali Bank branch in Uttara.

They could not know the reasons behind the fire. However, no casualties were reported in the incident.

Locals were assisting the fire-fighters to douse the fire till writing this report in the evening.