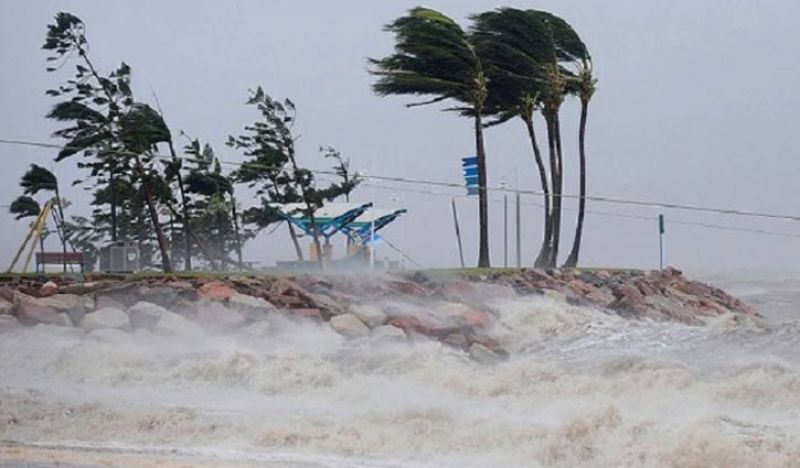 Tidal surges are feared in 15 coastal districts of the country due to the depression created in the Bay of Bengal.

Tidal surges are feared in 15 coastal districts of the country due to the depression created in the Bay of Bengal.
This was confirmed in a special bulletin of the Met office, signed by Meteorologist Omar Faruk on Wednesday (August 10).
The bulletin said the depression over coastal Odisha and the adjoining Northwest Bay has moved westwards and weakened into a well-marked low. It now lies over Chhattisgarh and adjoining areas of India. It is likely to move northwestwards further.
Under its influence, steep pressure gradient persists over the North Bay and adjoining coastal areas of Bangladesh, it said.
Squally weather may affect the maritime ports, the North Bay and the adjoining coastal areas of Bangladesh, according to the bulletin.
Maritime ports of Chattogram, Cox’s Bazar, Mongla and Payra have been advised to keep hoisted local cautionary signal No 3.
Under the influence of the well-marked low and steep pressure gradient, the low-lying areas of the coastal districts of Satkhira, Khulna, Bagerhat, Jhalakathi, Pirojpur, Barguna, Patuakhali, Bhola, Barishal, Laxmipur, Chandpur, Noakhali, Feni, Chattogram, Cox’s Bazar and their offshore island and chars are likely to be inundated by tides.
All fishing boats and trawlers over the North Bay have been advised to remain close to the coast and proceed with caution till further notice.