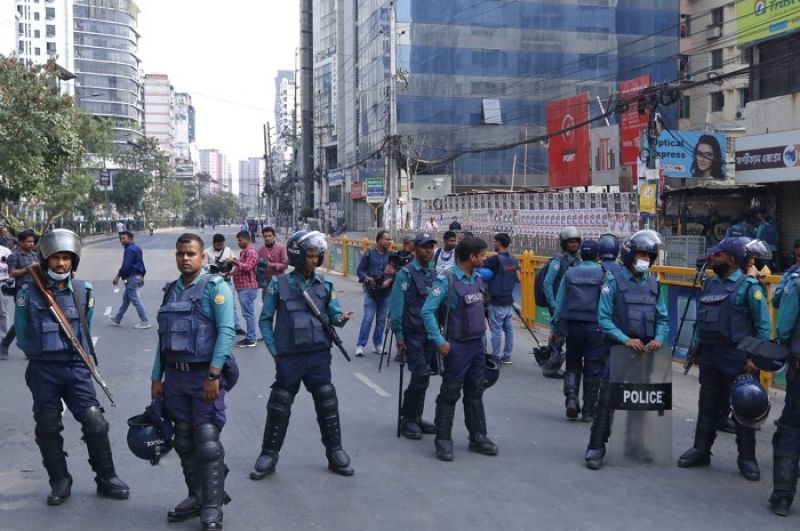 The presence of public transport was relatively thin in Dhaka on Thursday amid tension and fear of violence.

The presence of public transport was relatively thin in Dhaka on Thursday amid tension and fear of violence following Wednesday's clash between police and BNP men, causing suffering to commuters.

Commuters were seen waiting on roads for long due to lack of public transport.

Md Asharf, operation manager of private transport agency 'Alif Paribahan', told UNB that though some 250 buses of the agency usually ply different roads in the city every day, the number was 130-135 buses since today's morning.

The number of passengers and general people on the roads was also thin compared to the normal days, he said adding that general people are not coming out of their houses unless they have any emergency work.

The number of passengers was low since morning, he said.

Md Hiron, a lineman of 'Raich Paribahan', said they have been operating 20-25 out of 40 buses on different routes as most of buses are running with a low number of passengers.

Abu Saleh Md Raihan, joint commissioner of traffic (north), said there was no traffic congestion in parts of the city today.

"The number of public transports on the roads is low compared to any other day," he said.