Notice: Undefined variable: ub in /home/greenwatch/public_html/includes/st.function.php on line 406
 GreenWatchBD | Power Board’s loss may rise by over two-thirds to Tk 480b
News update 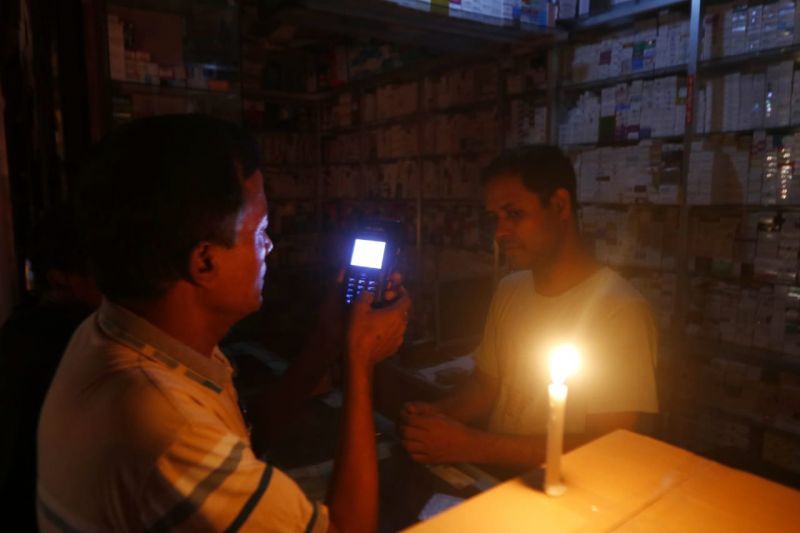 Power outage across Bangladesh on Tuesday.

Dhaka, Nov 27 – The financial loss of the state-owned Bangladesh Power Development Board (BPDB) is likely to increase by Tk 18,094 crore in one year.

The directorate of Finance of BPDB prepared this calculation on the basis of an audited report, official sources said.

A top official of the finance department of the BPDB said that the recent hike in bulk power tariff may reduce the estimated loss by only Tk 5,000 crore.

“We get some extra revenue only for 7 months as the new bulk tariff which increased by 19.92 percent, will be effective from December this year,” he added. Each fiscal runs from July 1 to June 30

PDB is currently charging Tk 5.21 per unit of electricity generation, which was raised by Tk 1.03 per unit.

As per the calculation, the financial loss has shot up excessively mainly for the two reasons—primary fuel price escalation and devaluation of the local currency.

“Among the two—the devaluation of local currency emerged as the major reason,” a top official of the BPDB told UNB.

He informed that the BPDB is going to incur a loss of about Tk 10,000 crore solely due to the high rate of US dollar.

“We’ve to now calculate the exchange rate of US dollar at Tk 107 both in paying the private power plant operators and also opening a letter of credit (LC) with the bank in importing equipment,” said the source, requesting anonymity as the issue is highly sensitive.

Not long ago, the PDB calculated the US dollar exchange rate at Tk 85. Now Tk 107 exchange rate means Tk 22 extra in paying each dollar, said the official.

The BPDB has a power purchase agreement (PPA) with a huge number of private power generation companies to buy their electricity.

Available statistics reveal, currently, the country’s power generation capacity is over 25,500 MW and more than 50 percent of electricity is generated by the private sector through independent power producers (IPP), rental and quick rental power plants.

Import of electricity from India is also counted as private sector generation.

The private sector operators mainly use furnace oil, natural gas and diesel. Of these, 4,700 MW is generated by using furnace oil.

BPDB officials said the organisation had to spend Tk 31,245 crore in 2021-22 for import of 4.8 million metric tons (MT) of liquid fuel, mainly furnace oil, for its own plants and also for the private plant operators as the primary fuel is a “pass-through item” in the PPA with private plants.

In the current fiscal year, the BPDB estimated to import 3.6 MT of furnace oil, down by 1.2 million MT, as the operation of diesel-based power plants has already been suspended by the government due to excessively higher prices.

To import the lower quantity of furnace oil, the government has to spend Tk 28,441 crore in the current fiscal of 2022-23, said the BPDB official.

Though the quantity of furnace oil is going to decrease substantially by 1.2 million MT, the cost is not substantially decreased as the BPDB will have to import the liquid fuel at much higher price than that in the previous year.

The cost per litre of furnace oil was valued at Tk 65 in the previous fiscal year. The price has gone up to Tk 85 per litre in the current year, said another BPDB official involved in the price valuation job.

“The higher cost of furnace oil by Tk 20 will ultimately create an additional burden of about Tk 2,500 crore,” he said, adding that the higher price of coal in local power generation and also import of power will have an impact in escalating the BPDB overall cost. - UNB