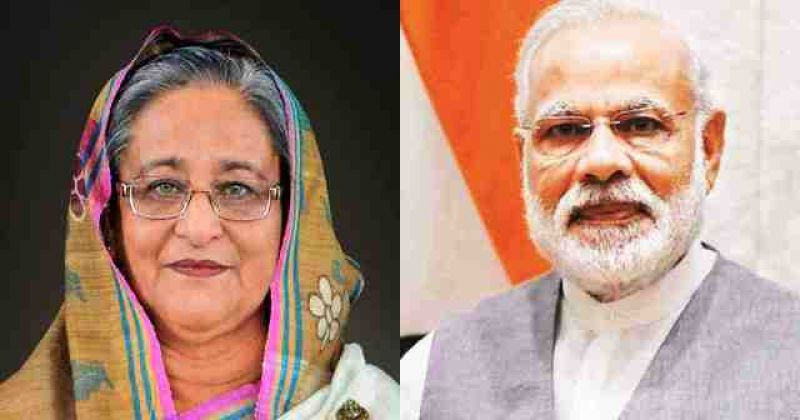 Dhaka, Dec. 6 - Indian Prime Minister Narendra Modi has said he will work with his Bangladesh counterpart Sheikh Hasina to further expand and deepen ties between the two countries.

"I look forward to continuing working with PM Sheikh Hasina to further expand and deepen our ties," he tweeted on Monday as the two countries celebrate ‘Maitri Dibas’ (Friendship Day).

Just 10 days before the liberation of Bangladesh in 1971, India had recognised Bangladesh on December 6, 1971.

India was one of the first countries to establish bilateral diplomatic ties with independent Bangladesh.

“Today India and Bangladesh commemorate Maitri Dibas. We jointly recall and celebrate the foundations of our 50 years of friendship," Modi said.

During the visit of Prime Minister Narendra Modi to Bangladesh in March this year, it was decided to commemorate the 6th December as "Maitri Diwas".

Maitri Dibas has been commemorated in 18 countries around the world apart from Bangladesh and India.

The Indian Council of World Affairs (ICWA) is organising a special event in New Delhi this afternoon. It will see participation from both countries.

Prime Minister Sheikh Hasina will send a video message for the event.

Liberation campaigners will hold rallies across the country Monday to celebrate India's historic move to officially recognise Bangladesh on December 6, 1971.

One Bangladesh - led by university teachers - will arrange rallies at 25 educational institutions across the country.

The campaigners will carry banners, festoons and placards featuring invaluable contributions of India to end one of the worst genocides in history unleashed by the Pak Army during the nine-month war and help Bangladesh become independent from the occupational forces.

Teachers, free thinkers, and other professionals will take part in the rallies scheduled to begin at 4pm at campuses of different educational institutions, said Professor Rashidul Hasan, president of One Bangladesh. - UNB