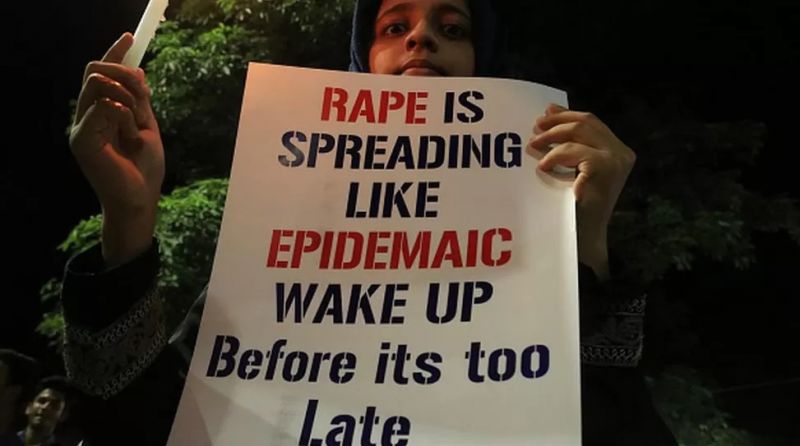 Police in India are investigating allegations that an 11-year-old schoolgirl has been gangraped by two senior students in the school toilet.

The alleged assault happened in July but came to light on Thursday after it was highlighted by the Delhi Commission for Women (DCW).

The DCW has sought an inquiry into the role of school authorities in the alleged crime.

Police have registered a case, but they are yet to make any arrests.

In a statement issued on Wednesday, DCW Chairperson Swati Maliwal said the girl, a student of a government-run school in the capital, Delhi, had alleged that she was going to her classroom in July when she collided with two boys - both high school students at the same school

The girl said that she apologised to the boys, "but they started abusing her and took her inside a toilet, locked the door and allegedly raped her", the statement added.

Ms Maliwal said the girl had also accused the school authorities "of covering up the matter".

She alleged that she had informed a teacher about what had happened, but was told that "the boys have been expelled".

"It is very unfortunate that even schools are unsafe for children in the capital," Ms Maliwal said.

She added that the role of school authorities must be investigated and police must take action against "the school teacher and any other staff" who did not report the alleged assault.

The school has maintained that the girl did not report the incident to the principal, but it has ordered an investigation.

Police said they had registered a complaint under the Protection of Children from Sexual Offences (Pocso) Act, and had opened an investigation.

They added they were questioning teachers and the suspected students.

Scrutiny of sexual violence in India has grown since the 2012 gangrape and murder of a young woman on a Delhi bus.

The brutal crime led to massive outrage in the country and forced the government to introduce tougher anti-rape laws, including the death penalty in rare cases.

But despite the strict laws, data shows there has been no let up in the number of sexual crimes against women, reports BBC.